Subscribe to our mailing list to receive news releases and other materials related to Your email will never be shared or sold and you can opt out at any time. 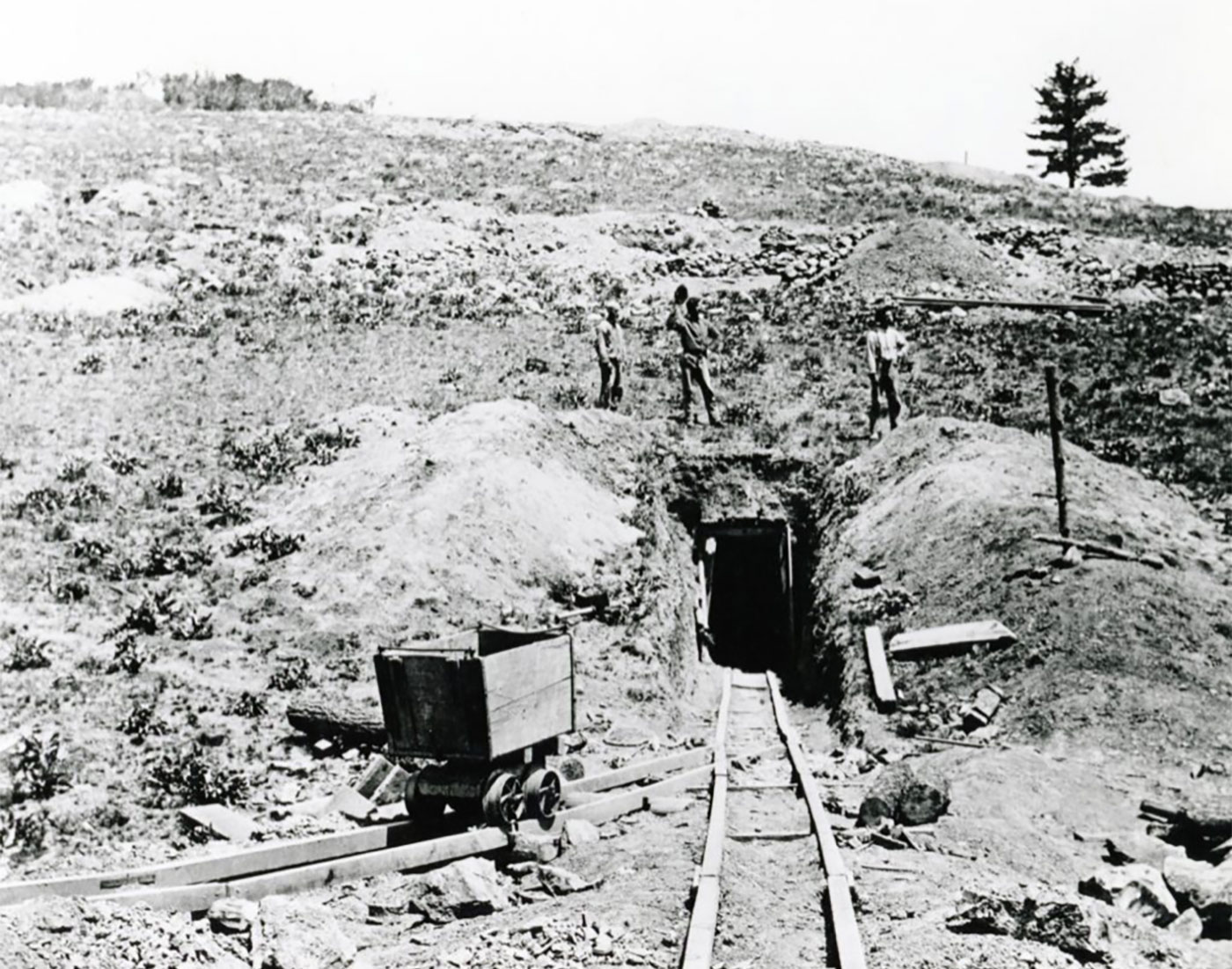 Discovery of the deposit is credited to a party of travelers in 1870. High-grade gold was found in a spring on the south side of Hayden Hill. High-grade production, along veins, from multiple underground mines.

The modern era of mining at Hayden Hill commenced in the mid-1970s with exploration programs by Fischer-Watt Mining Company among others. A series of joint ventures with Lacana Mining Corporation and Peco Resources Ltd. for exploration and development, including drilling, followed in the 1980s.

In 1988 and 1989, Amax Gold, Inc. in partnership with U.S. Gold Corporation (formerly Silver State Mining Corp.) further explored the deposit, primarily in the area that was to become the Lookout Pit.

Development of the mine started in 1991 by Lassen Gold Mining, Inc., a subsidiary of Amax that acquired the interests of U.S. Gold in 1990, and production began in 1992. 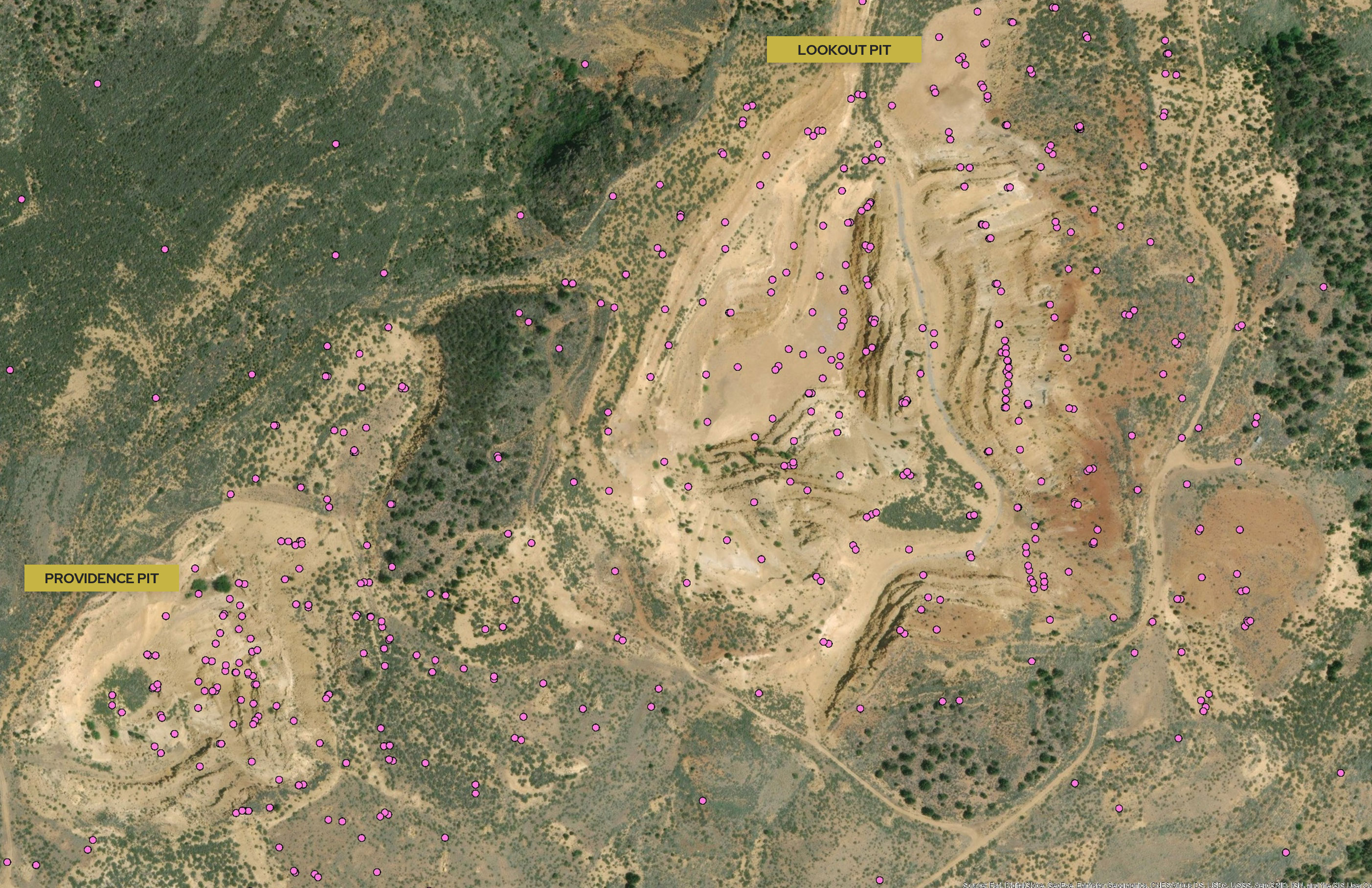 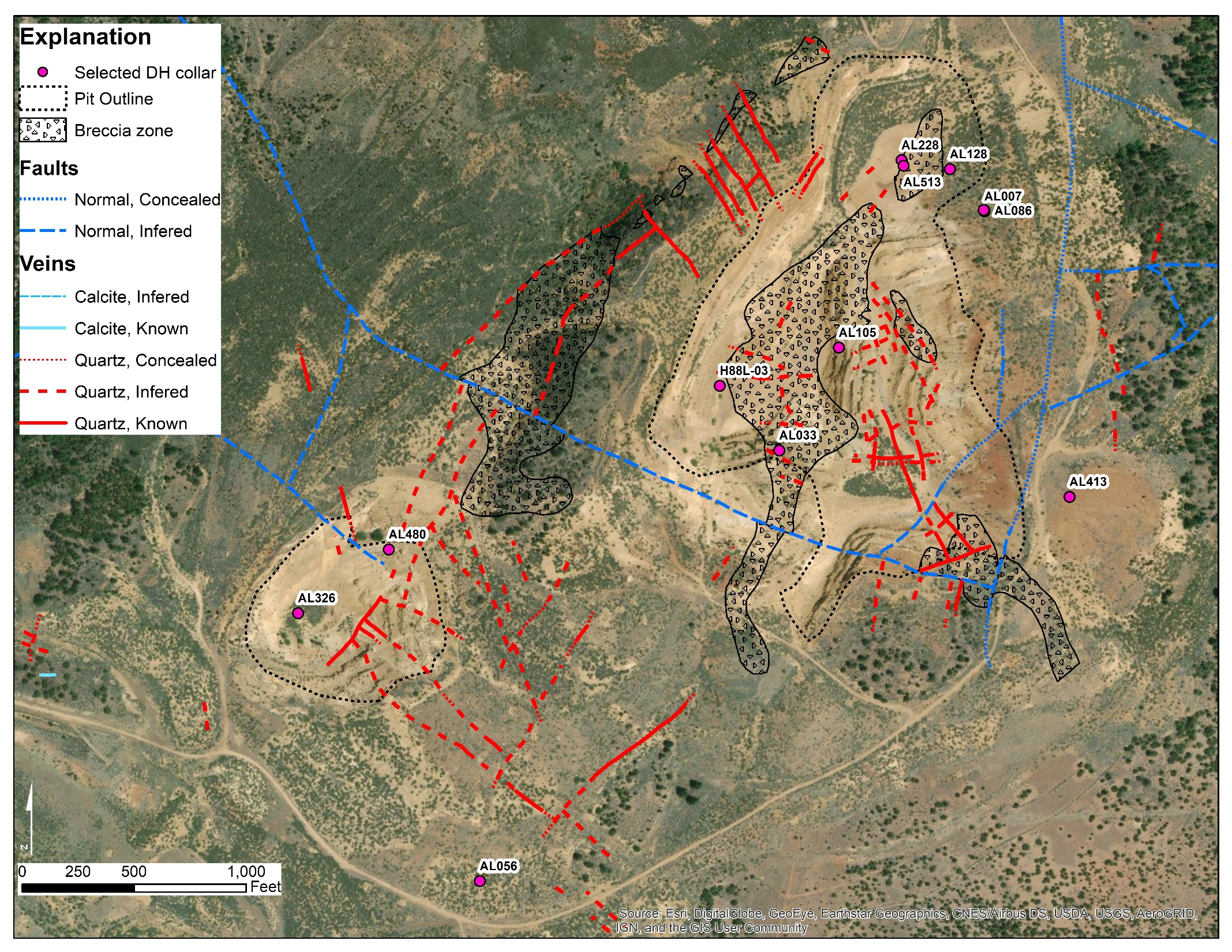 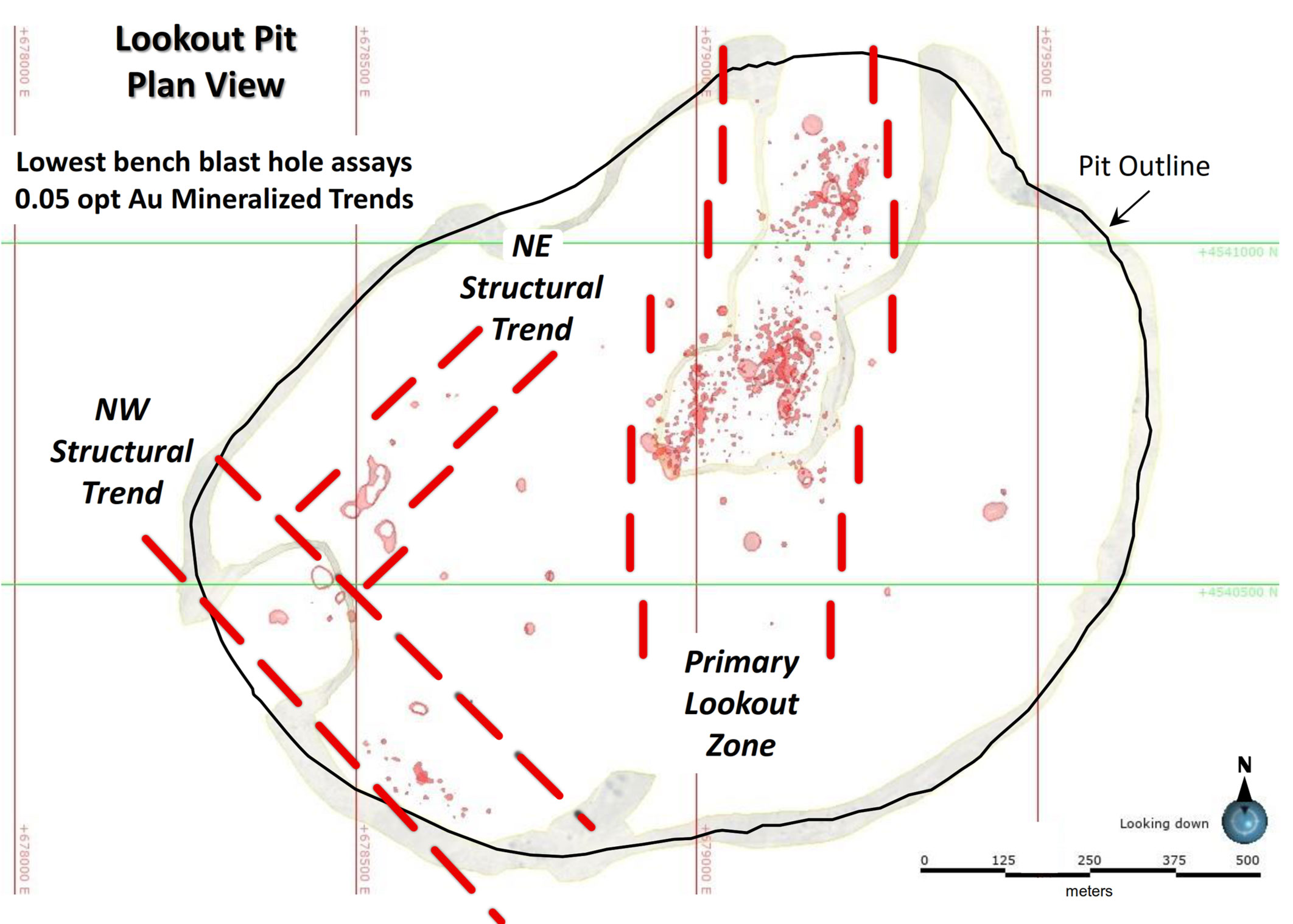 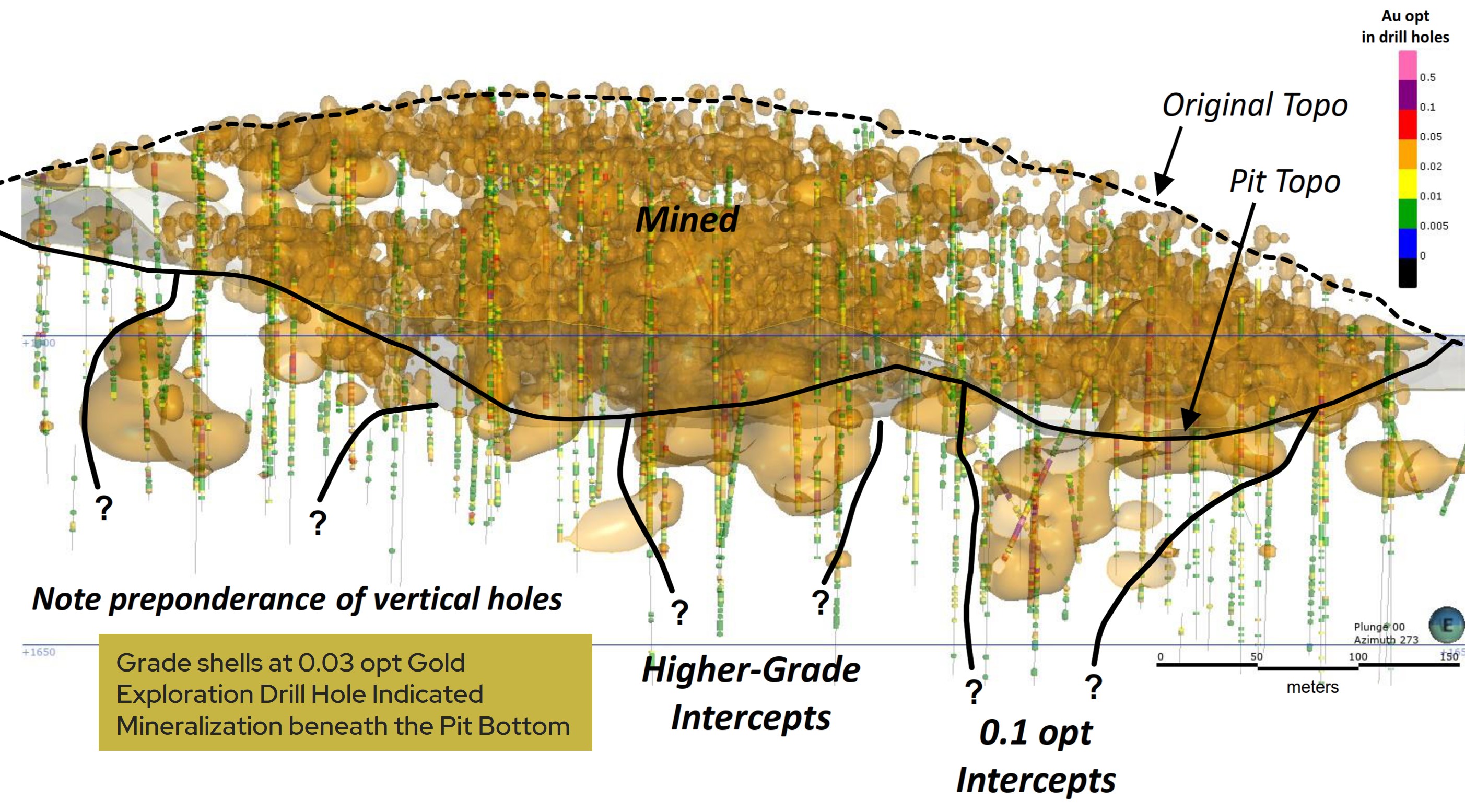 Hayden is a high-quality exploration property with at least 3 primary mineral zones.  Other known sites of mineralization are also present. Historical data sets have been compiled, analyzed & modelled and drill-indicated mineralization is open along strike and to depth. Substantial opportunity exists for definition of the following styles of gold mineralization:

Drill targets are defined, and a 2022 program has been planned.

Subscribe to our mailing list to receive news releases and other materials related to Four Nines Gold Inc. Your email will never be shared or sold and you can opt out at any time.